How to Inspire First Time Hunters and Anglers 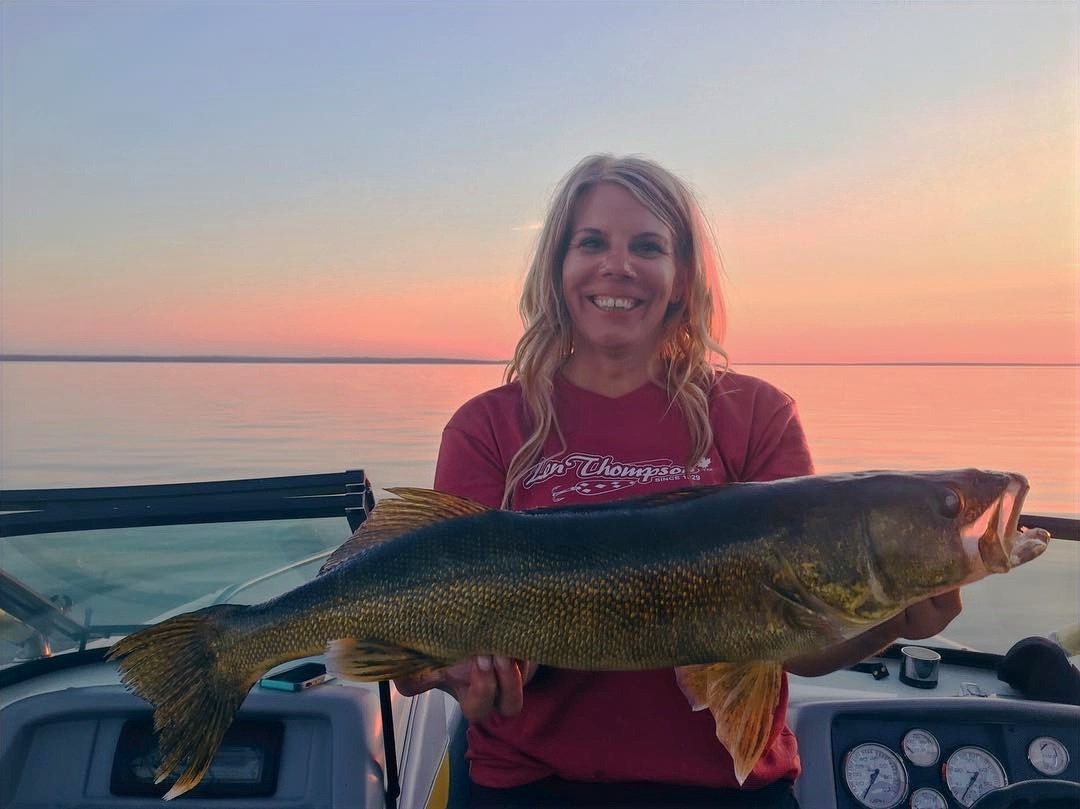 Almost anyone who has gone fishing has either fished with or heard of the famous Len Thompson yellow and red Five of Diamonds spoon. I would be willing to bet most tackle boxes have one or more Len Thompson lures in them. My first memory of fishing, when I was very young, was standing on the shore and casting my Five of Diamonds into the river. For the most part, it was the only hook I recall using for many years. Sometimes, if the fish weren’t biting, my Dad would put on the Red and White lure (spoon) for me, but rarely did he stray from the original Five of Diamonds. The best part is, many years later, I am still using the Five of Diamonds and it is still successful catching fish. Without a doubt, it is an all-around solid lure to have in your tackle box.

Len Thompson Fishing Lures was founded in 1929 in Abernethy, Sask. In 1958, the family company moved to Lacombe, Alta., where the Len Thompson factory operates today. This year marks their 90th anniversary, spanning four generations in the family business. To commemorate this milestone, Len Thompson unveiled a new world’s (unofficial) largest lure. The 8.5-metre yellow and red Five of Diamonds lure (with its 4.25-metre hook) is located in Lacombe at the Len Thompson trout pond. So, next time you are passing by, take a few minutes to have your picture taken with the world’s largest lure.

Each day on the water can be quite different. There are so many factors that can affect open water fishing; the time of year, the depth and clarity of the lake, the outside temperature, the water temperature and the amount and type of feed influence how the fish are biting and what they are biting on. Most of my tackle box is filled with Len Thompson spoons and, like most anglers, I have my favourites.

When targeting walleye with spoons, I will use 10-pound braid line with a fluorocarbon leader. In the early months, I will start trolling in nine to 12 feet of water, and as the water temperature rises, I will move out to 15-17 feet of water. When the cooler weather settles in towards the end of August and September, I will head back into more shallow water. When I am considering a new area to begin trolling, I look for visible rocks and transition areas on the shoreline and rely on my fish-finders to find structure at the bottom of the lake, such as drops and rises, as walleye like to rest in those pockets and are usually found on the lake bottom. For the most part, the areas I troll are a mixture of rock and sand with some vegetation.

My trolling speed is between 1.6 mph and 2.4, depending on how aggressive the walleye are that day and the wind speed. I like to use a loose zig zag trolling pattern, as I find it changes the presentation of the lure and, quite often, I will get a strike from a walleye as the boat is beginning one of its turns.

My three favourite Len Thompson spoons when trolling for walleye, which have brought me much success, are: No. 13 Grey Ghost, No. 2 super glow Five of Diamonds and the No. 2 original yellow and red Five of Diamonds. 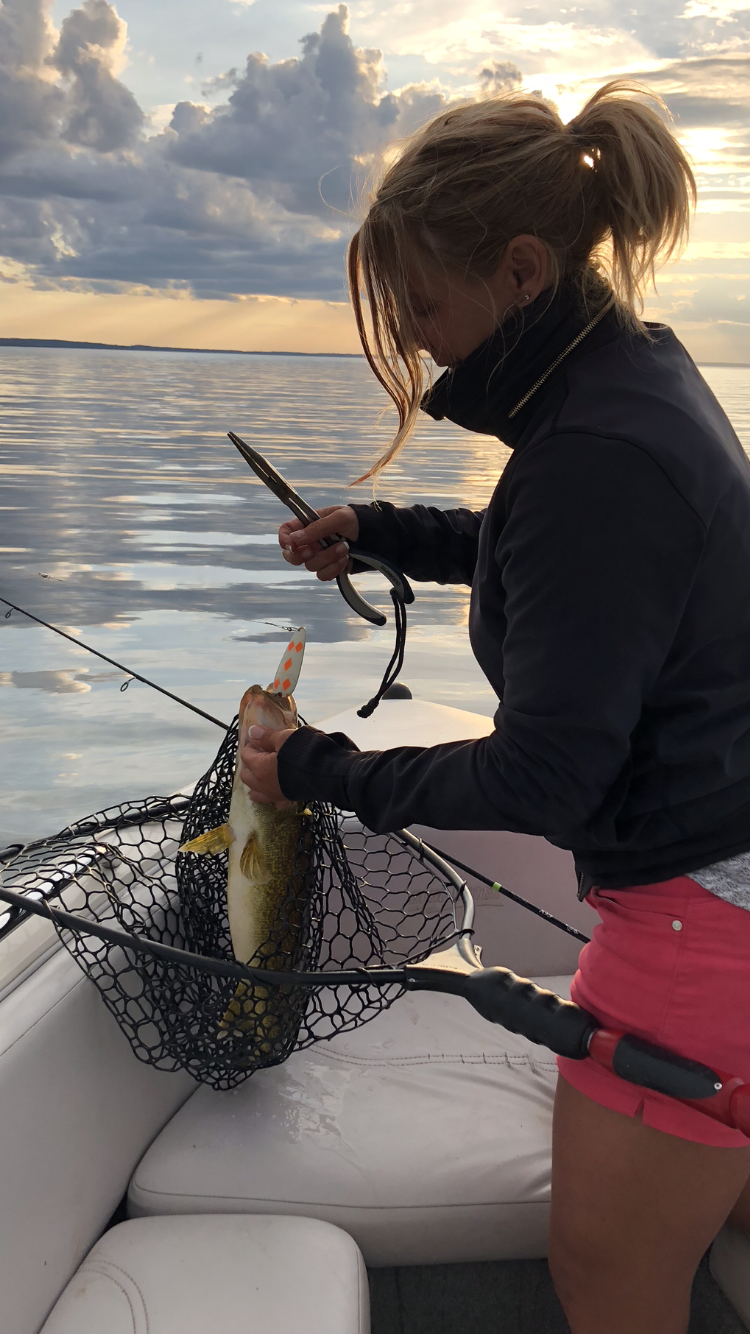 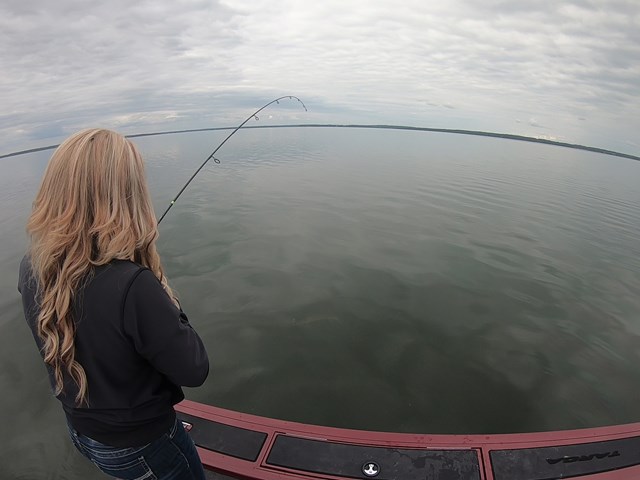 Why Do We Fish?

There are countless reasons why we take the time 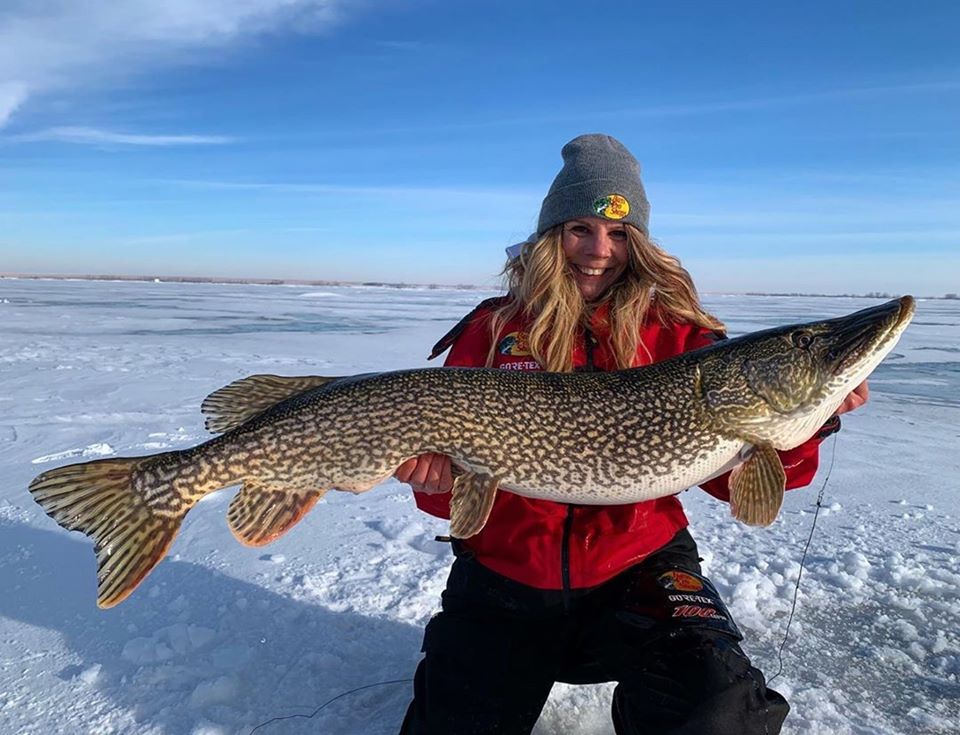 Ice Fishing: Are You Ready?

There are countless reasons why we take the time 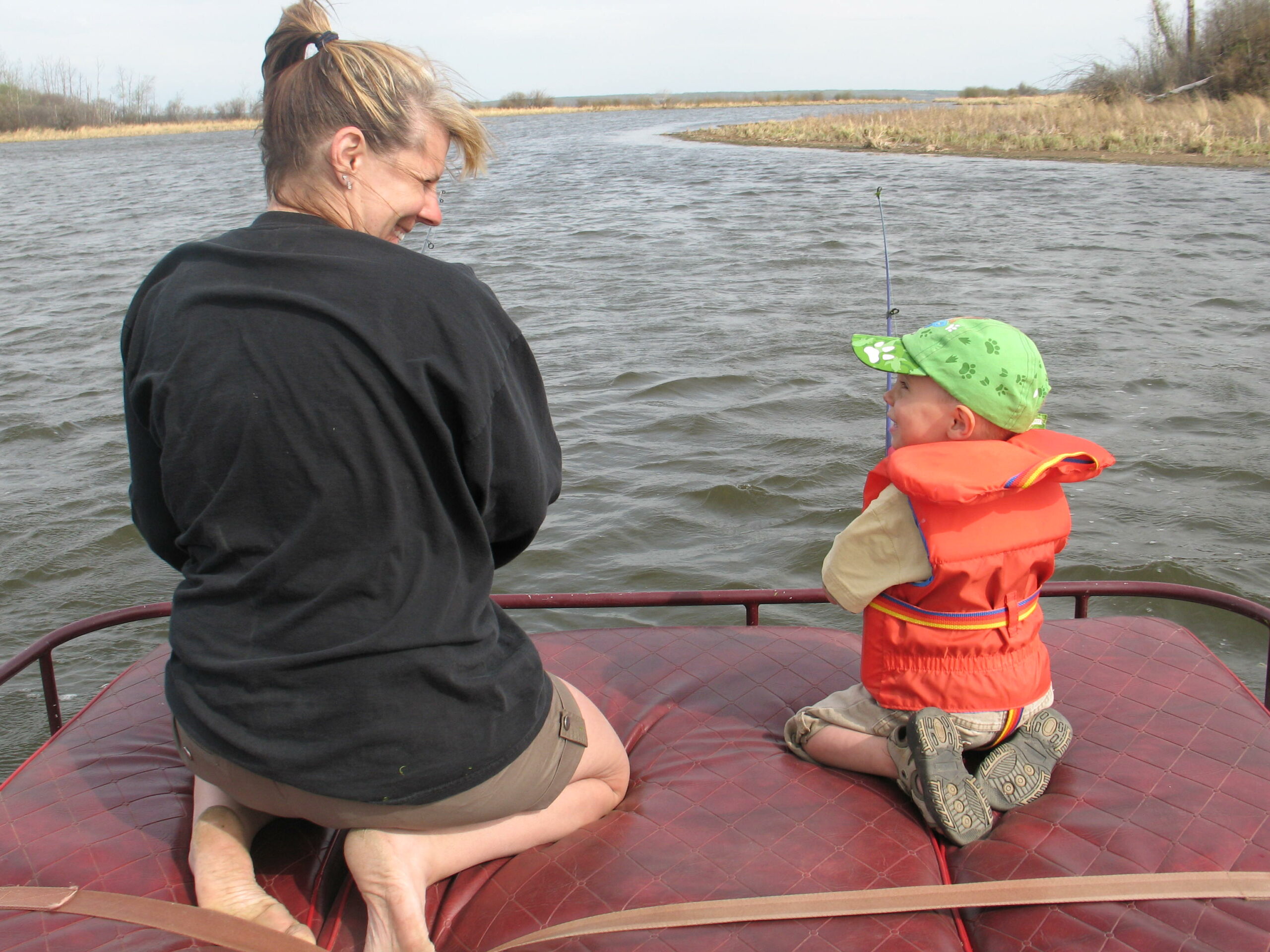 I grew up in Lac La Biche, with a 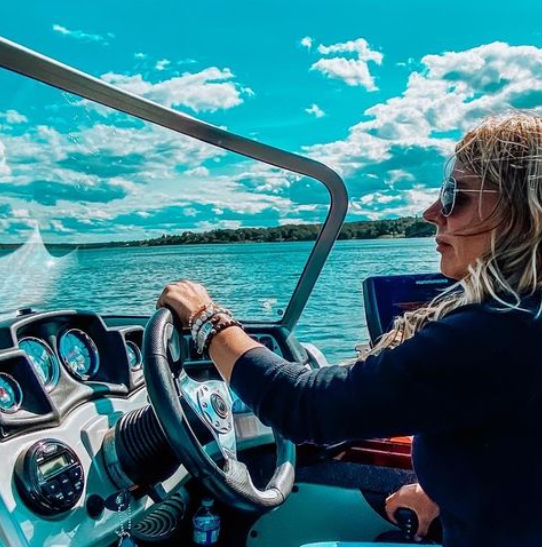 Her love and passion for the outdoors is what drives her to encourage others to connect with the beauty of the land, the journey of the hunt and the thrill of fishing. With an emphasis on the importance of conservation, she offers a relatable, practical approach to experiencing a bountiful and memorable outdoor experience.

Book A Partnership Call With Lisa 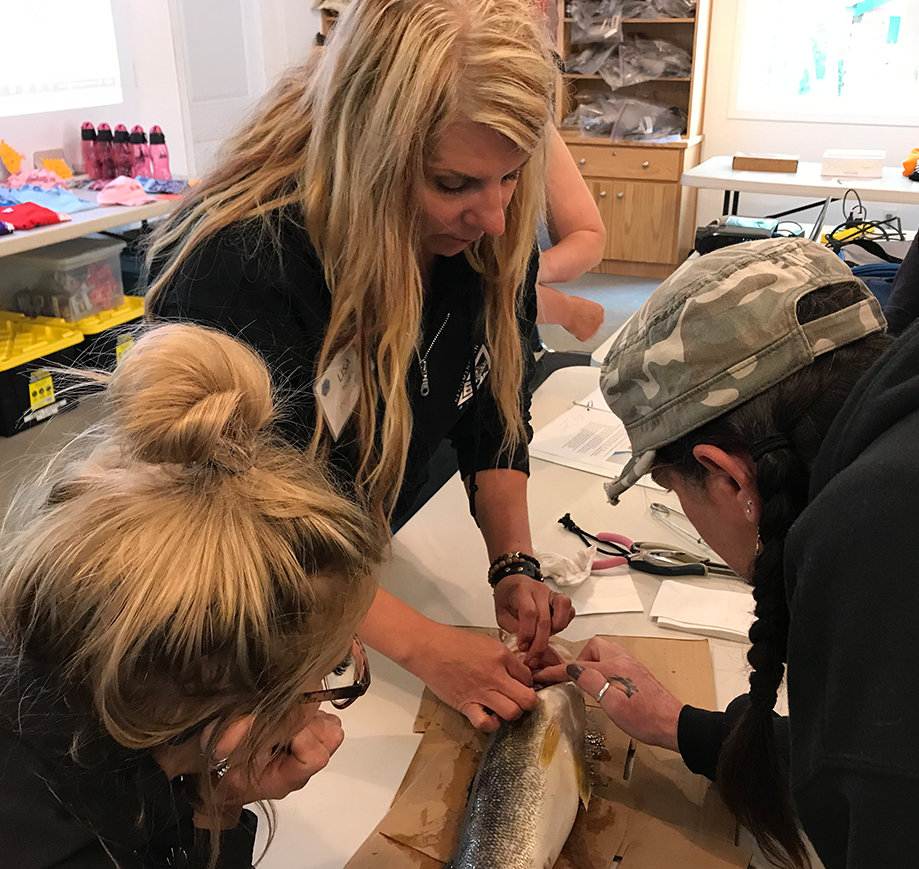 Enter your details below and learn about all the perks you get.

Or call us for more info: 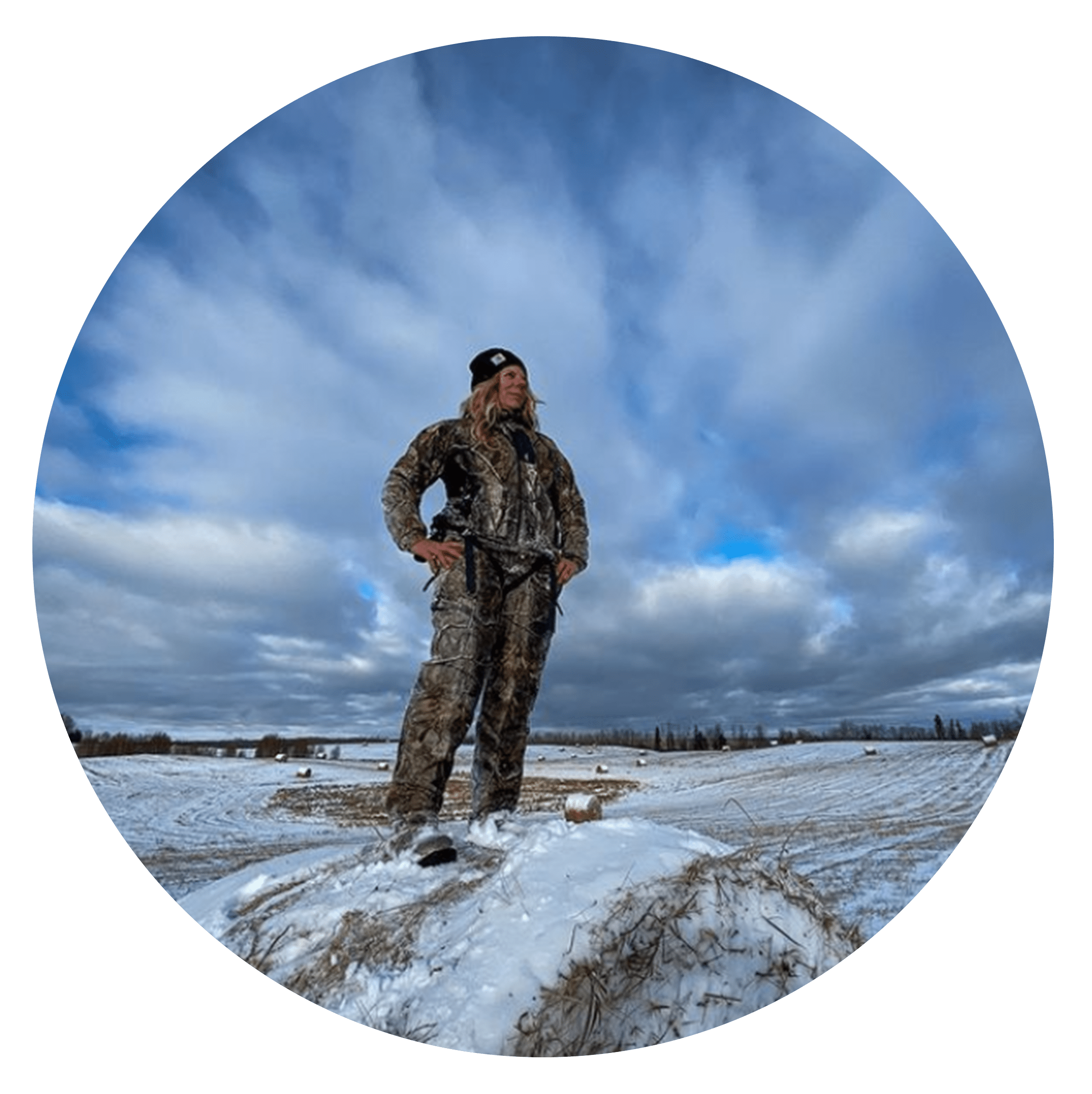